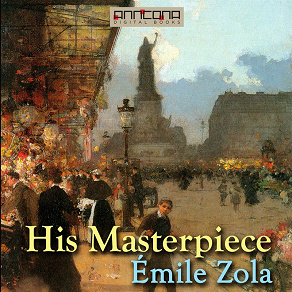 His Masterpiece (“L’Oeuvre”) is a novel by French author Émile Zola.

His Masterpiece is a fictionalized account of the Parisian art world in the mid 19th century, and the emerging Realism, Naturalism and Impressionism movements.

Emile Zola and Paul Cezanne had been friends from childhood, and the main character of the novel is thought to be largely drawn from Cezanne, as well as from Eduard Manet and Claude Monet. Zola himself appears in the work, in the character of Pierre Sandoz, a novelist.

The painter in this story, Claude Lantier, attempts to revolutionize the art establishment, where artists painted in the studio and concentrated on mythological, historical and religious subjects. Instead, Lantier paints outdoors, in natural light, and with commonplace subjects.

He gained a small group of supporters and fellow-practitioners in art, literature, architecture and music, but he could never manage to break out, and the public persisted in misunderstanding his aims.

Meanwhile the artist sank into obsession and depression. It is believed that the publication of this book, which documents the failure of the artist to realize his potential, led to a permanent rift between Cezanne and Zola.

His Masterpiece is part of the author's Rougon-Macquart series. Translated by Ernest Alfred Vizetelly.