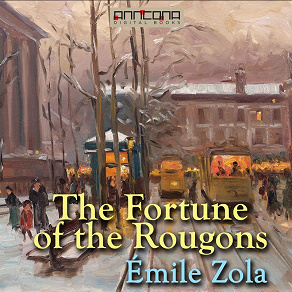 The Fortune of the Rougons

The Fortune of the Rougons (“La Fortune des Rougon”), originally published in 1871, is a novel by French author Émile Zola.

The Fortune of the Rougons is the first novel in Émile Zola's monumental twenty-volume series Les Rougon-Macquart. In his introduction Zola indicates that this series is intended to demonstrate the interaction of heredity and environment along the lines of natural selection and evolution.

While Zola's metascience is questionable, this novel is successful in its analysis of the interaction of momentous social and political events and the everyday lives and aspirations of a provincial society.

In a satisfyingly intricate, vast and integrated plot, set in the time of Napoleon III's coup d'etat and establishment of the Second Empire, the fates and fortunes of the disparate descendents of one Provencal family are traced in detail. The novel ranges from idyll to cynical observation of base motives, and ends in a way that anticipates its many sequels.