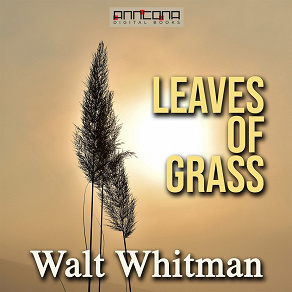 Leaves of Grass by American poet Walt Whitman was first published in 1855. The work was an attempt at reaching out to the common person with an American epic (a lengthy narrative poem.) He continued expanding and revising it until his death in 1892. The work started as a collection of 12 unnamed poems. However, Whitman spent most of his life writing and re-writing Leaves of Grass, resulting in many different editions published throughout his life. The final collection, which is recorded here, is a compilation of about 400 poems separated into 35 books.

This book is notable for its discussion of delight in sensual pleasures and exalting the body and the material world. At the time, such candid displays were considered highly immoral, which led to reviews considering it "offensive", "obscene", "a mass of stupid filth", or suggesting it should have been burned after writing. Leaves of Grass even became banned in various locations, which only led to increased sales, with some printings even selling out on the first day. To this day, the work's legacy remains strong, and is one of the most important collections of American poetry.

Among some of the best-known poems contained in this work are "O captain! My captain!", "I sing the body electric", and "Song of Myself".

Walter "Walt" Whitman (1819–1892) was an American poet, essayist and journalist. A humanist, he was a part of the transition between transcendentalism and realism, incorporating both views in his works. Whitman is among the most influential poets in the American canon, often called the father of free verse.