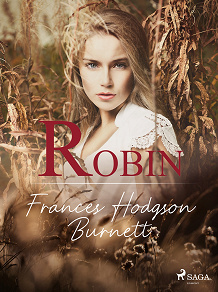 by Frances Hodgson Burnett
"Robin" is a romantic drama set in England during World War II. By a chance encounter in the garden, young Robin meets the boy of her dreams, Donal, but their love is not meant to be. Some 15 years later, they are reunited and rekindle their love. As their romance blooms the world is at war.

Not long after, Donal heads off to fight in the war, leaving Robin behind. When he goes missing and is presumed dead, Robin’s world is shattered. She turns to the powers of mysticism to help her get through the pain and search for answers.

Fans of wartime romances like "Casablanca" or "Pearl Harbour" will likely enjoy this book. "Robin" is a sequel to "The Head of the House of Coombe" which follows the pre-war relationships between English nobility and commoners.

Frances Eliza Hodgson Burnett (24 November 1849 – 29 October 1924) was an American-English novelist and playwright. She is best known for the three children’s novels "Little Lord Fauntleroy" (published in 1885–1886), "A Little Princess" (1905) and "The Secret Garden" (1911). Born in Cheetham, England, Frances moved with her family to the United States after her father’s death in 1865. Burnett started writing at the age of 19 to help earn money for the family, she gained popularity writing both children’s fiction and romantic novels for adults.