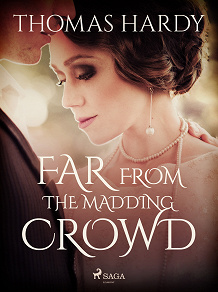 Far from the Madding Crowd

by Thomas Hardy
Who wouldn't want passionate love in their life? Of course, this love is usually accompanied by a lot of jealously, conflict and tragedy and this novel is no exception to that rule!

Poor Bathsheba has three different suitors; however will she choose between them? Each suitor adds more uncertainty and complications to the ordered world of Bathsheba and she is soon lost in a vortex of passion, love, and social problems.

'Far from the Madding Crowd' is the novel that brought Thomas Hardy considerable literary success and has been made into a movie many times, most notably in the Oscar-nominated 1967 version. The most recent film is from 2015 and starred Carey Mulligan as Bathsheba, Matthias Schoenaerts as Gabriel Oak and the famous Martin Sheen, Charlie Sheen's dad.

Thomas Hardy (1840-1928) was an English writer of poetry, novels, and short stories. He belonged to the Victorian realist tradition in English literature, and was very much influenced by the writings of Romanticism. In his novels he criticized strongly society’s attitude towards the less developed and rural regions in England. His best known works include 'Far From the Madding Crowd', 'The Mayor of Casterbridge', 'Tess of the d’Urbervilles', and 'Jude the Obscure'.