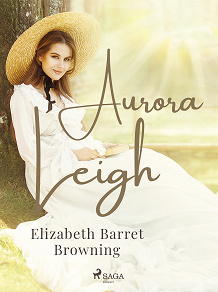 by Elizabeth Barrett Browning
Join Aurora on her travels from Florence to London - a coming of age journey full of trials and tribulations. Spanning 9 books, Browning’s poetic blank verse evokes classical and mythological references, ideal for the passionate philosopher.

Elizabeth Barret Browning (1806-1861) was an English poet, who wrote during the Victorian era. Following her marriage to the writer Robert Browning, Elizabeth moved to Italy where she lived for the rest of her life. Her poetry such as ‘The Cry of the Children’ urged child-labour reforms, whilst ‘A Drama in Exile’, ‘A Vision of Poets’ and ‘Lady Geraldine’s Courtship’ appeared in her 1844 two-volume ‘Poems’. Browning is remembered today as a rival candidate for poet laureate Tennyson on the death of Wordsworth.