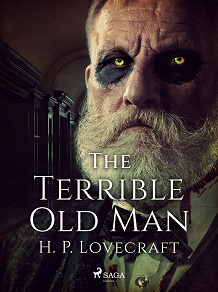 by H. P. Lovecraft
He talks to bottles, collects strange stones and only 'few know his real name'.

If the title of the short story is not enough, these facts about 'The Terrible Old Man' make it clear that he is not really approachable.

But he is rumoured to have made a fortune while captaining East India Company clipper ships.

Three robbers decide to ignore the unsettling aspects and head to his house to turn it over.

Two of them go inside, with the third man waiting in the getaway car. Suddenly, the driver hears horrendous screaming coming from the house and the old man opens the gate, 'smiling hideously'.

The getaway man goes to investigate and comes face-to-face with blood-soaked terror beyond his darkest nightmares.

This short story is perfect for those already familiar with the writings of H. P. Lovecraft, or those simply looking for a quick scare.