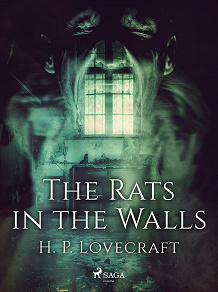 The Rats in the Walls

by H. P. Lovecraft
Having just endured the death of his son during the First World War, Delapore moves from the US to his ancestral property, Exham Priory, in England, seeking space and peace to mourn his loss.

He begins to restore the estate - despite dire warnings from locals - and hears rats scurrying behind the walls. Joined by academics, he investigates - and discovers a truly spine-chilling family secret.

His ancestors had an underground city populated by prisoners, some walking on all fours, who were kept to feed their desire for human flesh!

As the sound of the scurrying rats grows to a cacophony in his ears, Delapore is seized by madness and the uncontrollable urge to feast on flesh.

Fans of James Herbert's 'Rats' trilogy, 'The Rats', 'Lair', and 'Domain', will get a similar shiver from 'The Rats in the Walls'. There is also a taste of Bram Stoker's 'Dracula'.