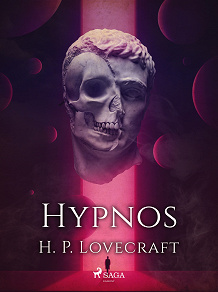 by H. P. Lovecraft
It is not advisable to become instant best friends with a mysterious man you have just met at a railway station - particularly if he has 'immense, sunken and widely luminous eyes'.

The narrator of H.P. Lovecraft's 'Hypnos', a sculptor, went from 0-60 in a few seconds, and soon he was touching and sculpting his new friend every day.

Creepy? It is just the beginning, as the narrator looks into the luminous eyes and embarks on drug-fueled trips around other worlds.

What they see terrifies them, and they vow to avoid sleep. But sleep inevitably comes, with frightening consequences for them both.

´Hypnos´ will delight fans of H.P. Lovecraft or anyone looking for a short and scary read!