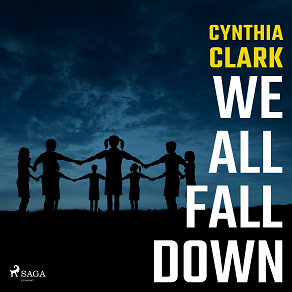 We All Fall Down

by Cynthia Clark
For almost thirty years they kept a terrible secret. Now their lives are falling apart.

Many years ago, orphans Bea, her brother Sebastian, Helen, Sandra, and John all lived together in a home with their caretaker Miriam. However, Miriam didn't care at all.

If you asked the children, they would have said that Miriam hated them, and it's not fun living with someone who hates you. Which is why the children decided to do something about it...

However, a terrible accident changed everything, and the children were separated.

Stricken with remorse, Ronnie Moss is trying to come to terms with the mistake that he made years after the accident. He is haunted by the accusations and seeks solitude far from England. But he can't run forever...

Many years later, the children are reunited. Secrets of the past are finally being revealed and nothing will ever be the same again...

A breathtaking and gripping suspense novel, Cynthia Clark's ´We All Fall Down´ is ideal for fans of B A Paris and Sophie Hannah.

What readers are saying about ´We All Fall Down´:

'Amazing read! The author wrote a story that was interesting and moved at a pace that kept me engaged. The characters were easy to invest in.' - Amazon reviewer

Cynthia Clark was born and brought up in Malta, where she graduated in Communications before working for a daily newspaper. She has since lived in the US, where she has worked as a writer in online business journals. She and her husband now live in the States with their twin daughters.
Listen to sample
Log in to borrow