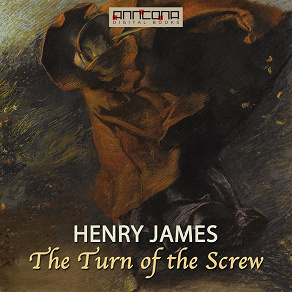 The Turn of the Screw

The Turn of the Screw, originally published in 1898, is a gothic ghost story novel written by Henry James..

A nameless governess reports the events of two ghosts who stalk the young children she has charge over. Is she reliable, or an imaginative neurotic?

Henry James' classic ghost story comprises the written testimony of a young governess, charged with looking after two small children at an isolated country estate, who believes they are being haunted.

As the story progresses, the governess' increasingly frenetic narration provokes the question: is she insane, or are the ghosts real?

Due to its original content, the novel became a favourite text of academics who subscribe to New Criticism. The novel has had differing interpretations, often mutually exclusive. Many critics have tried to determine the exact nature of the evil hinted at by the story. However, others have argued that the true brilliance of the novel comes with its ability to create an intimate confusion and suspense for the reader.

Henry James, OM (Order of Merit) (1843-1916) was an American-born writer, regarded as one of the key figures of 19th-century literary realism.

He is best known for a number of novels showing Americans encountering Europe and Europeans. His method of writing from a character's point of view allowed him to explore issues related to consciousness and perception, and his style in later works has been compared to impressionist painting. His imaginative use of point of view, interior monologue and unreliable narrators brought a new depth to narrative fiction.