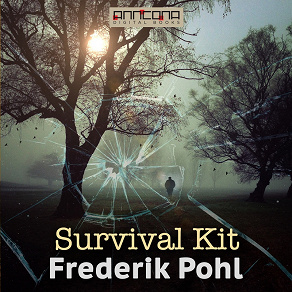 Survival Kit is a science fiction novella by Frederik Pohl first published in 1957.

It wasn't fair—a smart but luckless man like Mooney had to scrounge, while Harse always made out just because he had a.... Survival Kit.

Survival Kit was first published in Galaxy in May 1957.

Frederik George Pohl, Jr. (1919-2013) was an American science fiction writer and editor, with a career spanning more than seventy-five years. From about 1959 until 1969, Pohl edited Galaxy and its sister magazine If; the latter won three successive annual Hugo Awards as the year's best professional magazine. He won four Hugo and three Nebula Awards.