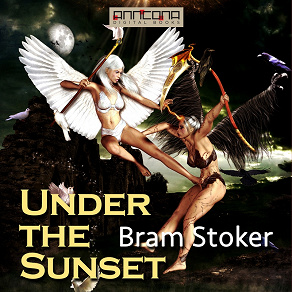 Under the Sunset is a collection of short stories by Bram Stoker (the author of Dracula), first published in 1881.

Originally conceived of by the author to be a collection of “Children’s stories,” these tales lean towards the dark and moody and even sometimes scary.

Several of the tales contained in this collection are considered to be examples of the finest stories ever written by Stoker.

Its significance in the development of fantasy literature was recognized by its republication by the Newcastle Publishing Company as the seventeenth volume of the celebrated Newcastle Forgotten Fantasy Library series in October, 1978.

The tales included are:

The Castle of the King